This is to floss we recommend

How Long is a Piece of String?

The age old question and normally the answer is always deliberately vague. 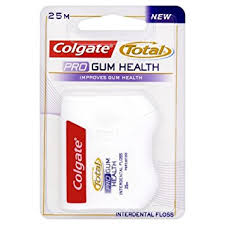 During a discussion with a patient recently on the many benefits of flossing, a patient asked me how much floss should be used, in other words – how long is the piece of “string”?

I normally use about 30cm or 1 foot of floss each time I floss my teeth.

The patient then asked how long would they expect the box of floss to last?

I would normally answer – “Until it runs out” but then decided to work out how long you could expect a box of floss to last.

A box of floss usually contains 25m of floss which means that you would have enough floss in a box to last for around 80 days based on 30cm used once a day. So roughly the box of floss should last approximately the same time as a toothbrush.

That’s great value compared to the costs of repairing the damage caused by not flossing – gum disease, tooth decay and tooth loss, not to mention the social effects of bad breath and bleeding gums.

Remember –  “Only floss the teeth you want to keep”.